There is no easy way out if you hid fact boxes in a modal form, like a wizard, for example, which has neither File nor View menu option.

Personalise/Reset won't help with it.

This is a trick to make hidden fact boxes visible again.
Take the form name in question. 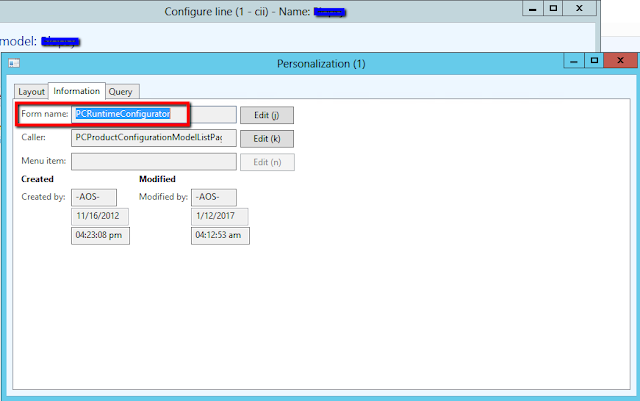 Then go to your user's usage data and delete the records selected by the name in second "element name" column. 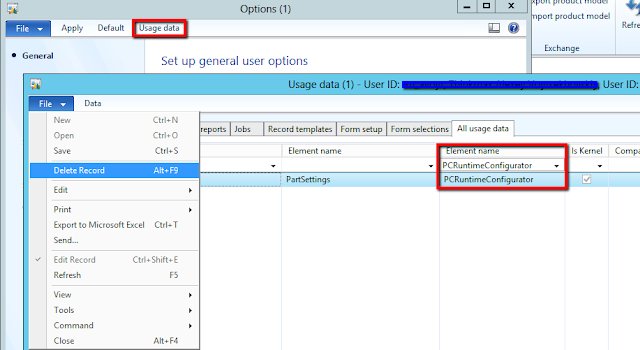 Now, welcome back your fact boxes!
Posted by wojzeh at 12:07 PM No comments:

One of my client complained about very slow opening of one form, which they use as a core functionality for supporting customer service calls. This form is really heavy equipped with many form controls, like grids, and dozen of linked data sources.

The behaviour was really strange: for some users it worked more or less fast, say, 3-6 secondes, for certains, on the contrary, it could take up to 25-30 secondes.

All of them were assigned to System admin role. No special security, like, RLS or whatsoever was implemented.

Trace Parser and Code Profiler showed that the sequence of the execution flow was the same; however, almost all of the methods executed as twice as longer for the"slow" user than for the "rapid" one.

The strangest thing was in the fact that Trace Parser showed inclusive execution time which was not the sum of all its including methods: evidently something happened behind the scene.

Another funny thing, after clearing the "slow" user's cache files, the first run was slow, which is normal, the second run was incredibly fast, as much fast as for the "rapid" users, but starting the third run it fell down to slowliness.

The key was actually in the small option as it explained on the article Configure client performance options:

By default, forms that include more than 80 controls are preloaded and added to a preload cache. When the user opens a form, the system checks the preload cache for a preloaded version of the form. If a preloaded version is found, the system completes the initialization process and loads the form. Not all forms are preloaded. If resource limitations are met, the system starts to remove forms from the cache, starting with the forms that were least recently used. Forms such as lookups, parts, preview panes, and system forms are excluded from this mechanism.
You can turn off preloading by using the following methods:

So, once I changed the latter for this heavy form that some users personalized, it started to open very fast for all of them.

I want to thank:

All my colleagues at work;
Brandon Wiese;
Brandon Ahmad;
Freeangel and all other members from this thread (in Russian).

Posted by wojzeh at 3:34 PM No comments: